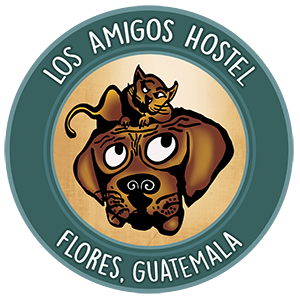 El Mirador is one the oldest Maya cities and has the biggest pyramid in the world. I did the tour last year and it was astonishing! It was one of the most beautiful parts of Central America I had ever seen!

Very special is the fact that it is so far away from civilized world… Completely hidden in the jungle.. As if it had just been discovered yesterday! The feeling you have standing on top of the Danta pyramid seeing nothing but jungle around you, is undescribable!

The trip to El Mirador is no picknick! You have to suffer a bit to get there! Some days you have to walk up to 8 hours a day crossing around 30 kilometers of jungle in a day! So those considering doing this tour should be in good physical shape and ready for some real action! During the 5 or 6 day trip one walks together with a local guide who explains about flora and fauna, prepares three meals a day and sets up the camp at night.

If you do the tour in 5 days, you walk two days to El Mirador, you spend the third day to explore the ruins and then you walk back to La Carmelita for two more days.

Those who want to do the tour in six days will visit two more Mayan sites besides El Mirador, which are Nakbe and La Florida. The advantage of doing the six day tour is that the way back is on a new and different trail.

We offer a 5 and a 6 day tour to El Mirador. We work with experienced guides from the cooperative of La Carmelita, the base village from which all tours depart.

Transportation to Carmelita is included. This can either be by local bus or a private shuttle.

All tours include three good meals a day, more than enough water, camping gear (You’ll sleep in tents with foam mattresses). Depending on the size of the groups we will send a guide’s assistant, a cook and someone that takes care of the mules.

Mules are brought on this tour to carry all equipment, luggage, food and beverages. Most people hike all the way though it is not a bad idea to ask for an extra mule and divide the costs between the whole group. This way, if someone gets tired, he/she can always mount the mule for a bit.

Guides only speak Spanish. We can always send a translator if you so desire though i wouldn’t label this as an absolute necessity.

Basic meals are included. It isn’t a bad idea though to bring some snacks, like nuts or chocolate for some extra energy. Some groups bring some rum to share around the fire at night! It’s up to you.

We recommend watching this beautiful National geographic documentary about the history of El Mirador.

A dense network of cities – a true agglomeration – developed in Mirador Basin and also outside it. Often it is not easy to tell where one city ended and another started.

It seems that El Mirador was larger and more significant than other cities. Here were built the largest structures ever built by Maya and rough calculations show, that in order to inhabit this city and construct its giant buildings there was needed a population of more than 100 000 people.

An unknown cataclysm happened circa 150 AD – cities of Mirador Basin suddenly were abandoned. It seems, Maya experienced enemy attack. Northern, eastern and southern portions of the central part in El Mirador were surrounded by extensive fortification walls which, possibly, were up to 8 m tall. It did not save the city – it was abandoned.

El Mirador was first discovered in 1926, and was photographed from the air in 1930, but the remote site deep in the jungle had little more attention paid to it until Ian Graham spent some time there making the first map of the area in 1962.

The site and its vicinities became increasingly popular to looters. There was a risk that not much will remain for researchers, thus in 2003 was started an ambitious research project led by Dr. Richard D. Hansen – The Mirador Basin Project.

Have you seen the movie Apocalypto? The big city that is depicted at the end of the movie is based on The Mirador.

Timetables and prices of all the buses from and to Flores. Book your tickets at our Travel Agency.